Aaron Wilburn was a singer, songwriter, comedian, and musician. Many gospel fans first became aware of Wilburn after he joined the Happy Goodmans in 1971 to play rhythm guitar. People began to notice him as a serious songwriter after he and Eddie Crook co-wrote the classic "What A Beautiful Day (For The Lord To Come Again)" which became a signature song for the Goodmans. After releasing an album of mostly original songs in 1972, he was sometimes billed as "the little guy" with the Goodmans and was a featured soloist in addition to playing in their band.

After leaving the Goodmans to run a publishing company, Wilburn continued to appear as a soloist. He began telling funny stories initially about the Goodmans and soon his career as a comedian was established. His material eventually included a mix of humorous stories and novelty songs with titles like "Putting On The Dog" and "O Blessed Tail Lights."

Wilburn never stopped writing serious gospel songs, however. At the turn of the 21st century, Karen Peck And New River's recording of one of his best known songs, "Four Days Late," was sitting at the top of the radio airplay charts. Other popular songs written or co-written by Wilburn include "It's Beginning To Rain" (co-written with Bill & Gloria Gaither) and "Sometimes Miracles Hide" (recorded by contemporary Christian artist Bruce Carroll). He also wrote songs recorded by secular artists including Lee Greenwood, Faron Young, and Barbara Mandrell. 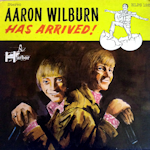 hi-res
1972 Has Arrived (Harbor Records) Ole Swimmin Hole; Show me The Way To Calvary; Jesus Knows All About It; Modern Age Of Progress; The Happy Kind; Leave A Little Love; So Small Am I; I Want To Meet You There; So Much More; It's All Over Now. 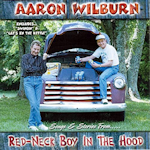 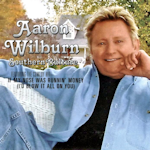 hi-res
2003 Southern Culture (/AW2004): You're From The South; Krispy Kreme; Family Reunions; Southern Culture/A Man Named Odd; The Angry Wife; Pondering; 3 In 1 Oil; Talk To Me; 50th Anniversary; The Taxi Driver; Baptists; I've Got The Will; Nashville Songwriters; If My Nose Was Running Money (Song). 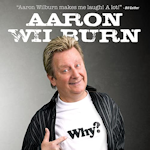 hi-res
2009 Why (Right Minded Records): Bless Your Heart; Redneck GPS; He Thinks He Knows You; The Object Lesson; Morning People; Weight Watchers; Is That What You're Wearing; Why; Hiny The Mule; The Weight Watchers Meeting; The Dietin Song; The News In Here; Puttin On The Dog (Song)

hi-res
2011 Is That What You're Wearing (Right Minded Records): Intro; It's Been Dry In Oklahoma; Somewhere Expensive; Bless Your Heart/Airplane Ride; Disney World/Is That What You're Wearing; Weightwatchers And Krispy Kreme; The Atkins Diet; The Food Network; Television And The News In Here: Extreme Makeover/The Obesity Virus/Mad Cow Disease/The 67-Year Old Mommy; Over 40; Rednecks; Marriage; He Thinks He Knows You; The Gold Telephone; Puttin' On The Dog; Parenthood; My Name Is Elizabeth; Nashville Songwriters; If My Nose Was Runnin' Money.