Buck Rambo sang with the Gospel Echoes which was later renamed the Rambos. He was married to Dottie Rambo and is the father of Reba Rambo. 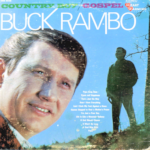 hi-res
1969 Country Boy Gospel (Heartwarming Records): That's Just His Way; It Won't Be Long; Now I Have Everything; Lest I Dash My Foot Against A Stone; Daddy Sang Bass; A Soul Was Born; Life's Railway To Heaven; Heaven Stopped To Hear A Mother Pray; I'm Just A Poor Boy; Papa; Peace And Happiness; If God Should Choose. 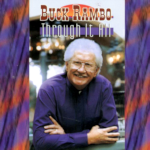 hi-res
1997 Through It All (Morningstar Records/MCSD-4220): If He Hung The Moon; God Knows; The Holy Hills; Just Go By What Jesus Has Done; Through It All; Too Much To Gain To Lose; Take Away Jesus; Wilt Thou Be Made Whole; An Evening Prayer; He Is Here. 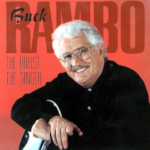 hi-res
1999 The Artist The Singer (Custom Records): Not Worth A Dime; He Still Rolls The Stone Away; I Can't Even Walk Unless He's Holding My Hand; God Likes To Work; In The Valley He Restores My Soul; Come Spring; My House Is Full; Touch Of Mamas Hand; Garden Of My Heart; Go Rest High On That Mountain.

Could That Be A Gospel Song